In recent decades, transnational tobacco companies have shifted tobacco leaf cultivation from high-income to low-income countries, where 90% of tobacco farming now takes place. Eight of the ten ASEAN countries, excluding Singapore and Brunei, are engaged in tobacco cultivation on different scales. About 329,606 hectares of land was used for tobacco farming across the region between 2014 and 2017.

Generally, the number of farmers employed in tobacco cultivation in ASEAN countries is small compared to overall national employment, contributing less than 1% of total employment in all the producing countries. Tobacco cultivation is highly labor-intensive and employs entire households (including unpaid women and children) in many stages of planting, harvesting, curing and marketing. Most tobacco farmers are smallholders, cultivating only part of a hectare, and do not turn a profit due to major input costs (rental fees to landowners, costs of seedlings, feritlizers, insecticides, and wood fuel for curing) and low leaf prices as determined by tobacco companies. Other challenges in the cultivation of tobacco leaf include Green Tobacco Sickness and other health hazards for farmers, environmental degradation, unpaid labor, and child labor.

Article 17 of the WHO FCTC requires Parties to promote economically viable alternative livelihoods for tobacco farmers and workers. In ASEAN, the Malaysian government has actively implemented crop substitution since 2004, with kenaf being promoted as an alternative crop for tobacco. Kenaf cultivation increased from 1,331 hectares to 2,502 hectares between 2012 and 2016, and the total number of tobacco farmers in Malaysia declined significantly to 26 farmers in 2014 from 3,204 in 2010. Tobacco farmers in Cambodia, Indonesia, and Philippines are progressively switching to more profitable alternative crops and livelihoods.

*Since 2013, the Malaysia government disengaged from supporting and promoting tobacco and now solely implements policies to regulate the tobacco industry.

In 2000, Kenaf (Hibiscus Cannabinus L) was recognized in Malaysia as a new short-term industrial crop supporting the diversification of the country’s commodities sector. It has high potential for cultivation in a tropical climate and was promoted by the government as an alternative crop for tobacco in 2004. About 5.8 million (USD 1.53 million) was allocated for kenaf research and development (R&D) to attract industrial players to invest in kenaf between 1996 and 2005.

Smaller tobacco farmers are encouraged to switch to alternative livelihood through a crop diversification program, with started in 2005 and has intensified over the years which financial support from the government. Incentives in terms of inputs and mechanization will be given to kenaf's growers.

Since its introduction in 2004 the area under kenaf cultivation rose from less than one hectare to 2,502 hectares in 2016. Total number of kenaf growers also rose from one to 1,086 over the same period.

The National Kenaf and Tobacco Board (NKTB), formerly known as National Tobacco Board (NTB) plans to increase total kenaf hectarage to 5,000, production of 7,000 tonnes of fiber and 17,500 tonnes of core by 2020. It aims to export 50,000 tonnes or about RM15 billion worth of kenaf annually when ASEAN Free Trade Area (AFTA) is fully implemented in 2015.

Profitability of farming other crops vs tobacco (Indonesia vs. Philippines) 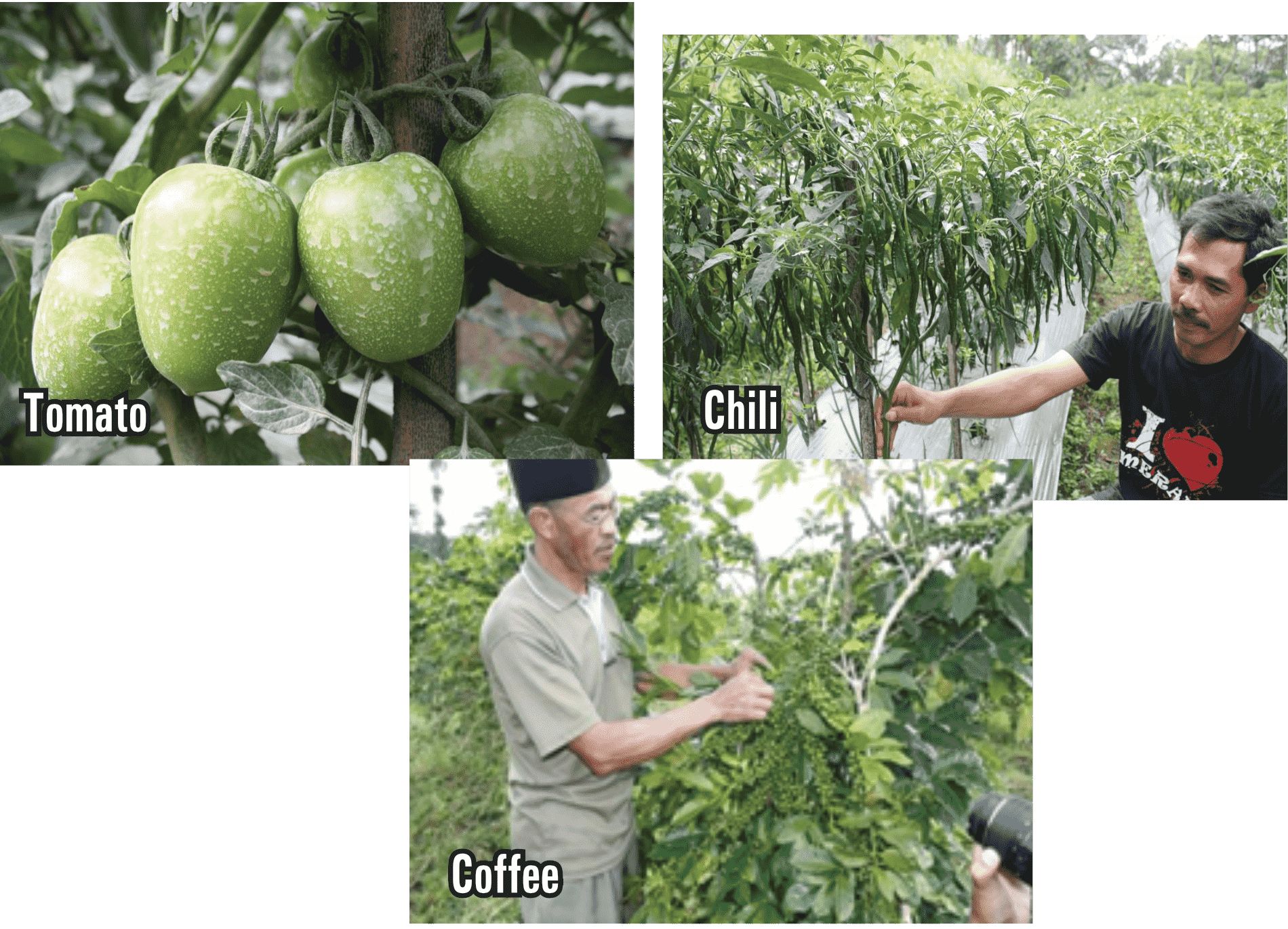 The alternative crops include rice, corn, peanut, other industrial crops, such as soy bean and sesame, as well as other vegetables.